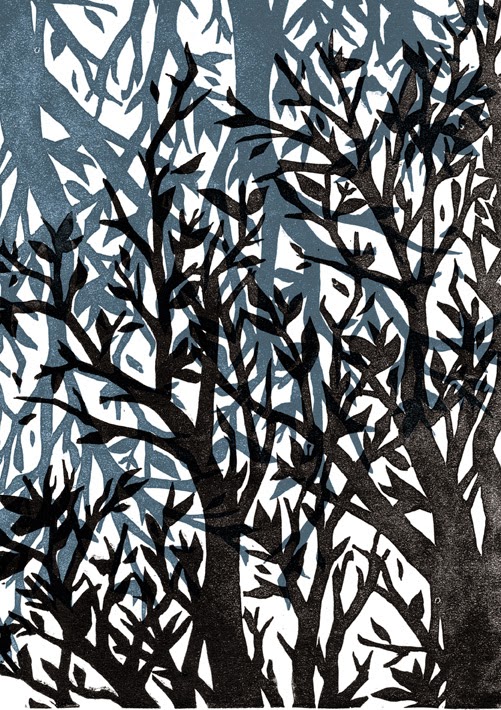 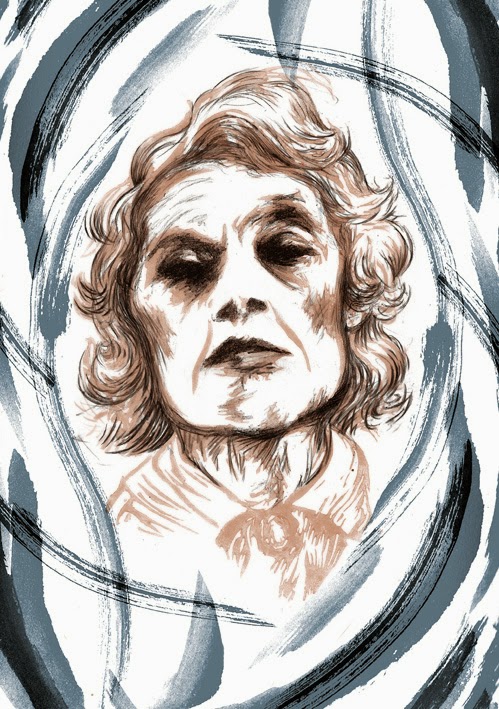 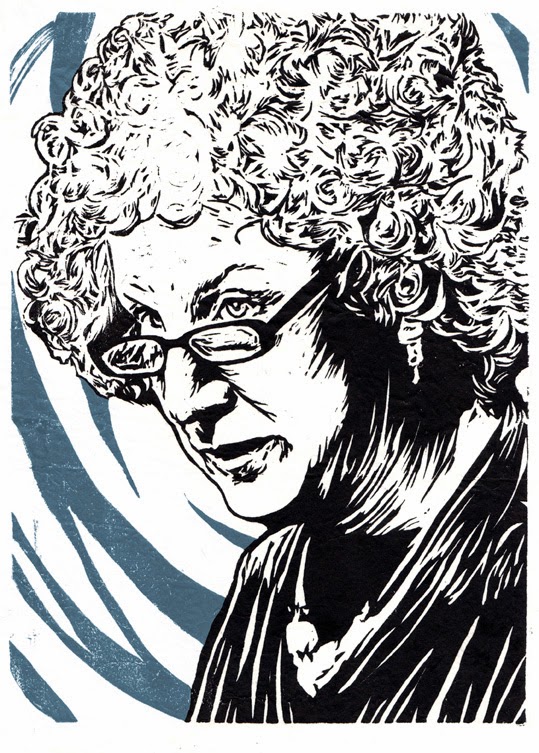 Here are my prints for Structo's next issue. The first is the cover, a mirrored image representing the natural world set askew.
The second image is a portrait of Jean Rhys, one of the most important female writers in the last century, presumed dead during the second world war by the public when she was actually residing in Cornwall. She was accused of impersonating herself by her neighbour, when she told the BBC she was in fact still alive and said "It’s a weird feeling being told you are impersonating yourself. Rather nightmarish. You think: perhaps I am!”. For this piece I drew a lot of inspiration from Edvard Munch's Madonna often described as look deathlike whilst having a sensual and dangerous attitude to it, an impression I got from Jean Rhys in the research I did on her.

The third image is a portrait of Margret Atwood, Canadian poet, novelist, literary critic, essayist, and environmental activist and one of my favourite authors. Best know for her books The Handmaid's tale and Cat's Eye. This portrait goes along with an interview in Structo next issue. In this interview she talks of a great many things but what struck me most was the idea that writing is often like ripples in water. She explains ideas and themes echo in writing like ripples, in novels the ripples are spaced far apart through chapters but in poetry they are much closer together on every other line. I have incorporated these ripples into the background of the piece.

Email ThisBlogThis!Share to TwitterShare to FacebookShare to Pinterest
Labels: My Work, Print